This post is the ultimate guide to launch a (un)successfull kickstarter campaign (only time will tell). 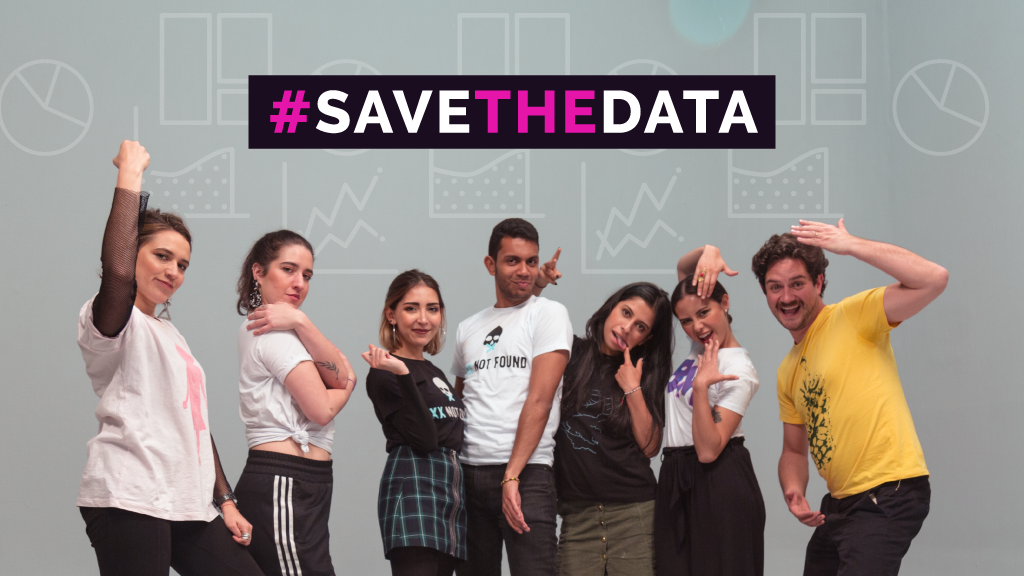 Check out this page for updates on important events during the 39 days or our campaign.

We are writing this post live as we implement our campaign. Why is it called Perimortem?. Because it is a “during mortem” post. See it live!

Quick links (on the works)

It was actually harder for us to be able to launch on kickstarter, coming from Colombia we had to do some additional steps to be able to do it (more on that later).

We feel other crowdfuning platforms are more directed to charity, or have a local/national reach. Kickstarter in our opinion has a built in community who pays for products, and that is what we need, as we are not only trying to get money. We are validating our assumptions about the business model and the market. It is very important that we pull this off.

Happily we did it right on time not to delay launch day.

“We are Datasketch, and we are creating Data Apps for those who need it the most… but we need your help”

Thats a line from the actual kickstarter video, at this point we are starting to have nightmares from hearing those lines over and over again hehehe.

Anyway, we do data science, but we try to it in an innovative and inclusive way. Check out our team and find more about us.

We decided to go for a Kickstarter campaing. We just weren’t sure what to launch. We did a couple of brain storming sessions, and even though we have some cool data-driven project ideas down the pipeline, we decided on the actual product that is core to our work and our values to democratize data.

We did some research on different kickstarter projects worldwise, not necessarily tied to software, which was what we decided to do. We ended up with this presentation [INSERT LINK]() that allowed us to discuss some ideas and patterns. It took almost month to cover different ideas, see videos, collect reward ideas, etc. The scripts we used to analyze this more quantitaive data is in this very same repo. It was a full-time job for one person of the team to collect all this info.

We collected a bunch of links in a spreadsheet and one person in the team started organizing them and making notes about:

How did we choose rewards?

We had more or less a clear idea of what we wanted to do. As we had been experimenting for months on how to communicate data in innovative ways, like using wearable data journalism [INSERT LINK]() or even simply communicating How to lie with data [INSERT LINK]() as it is part of what we teach other organizations to do.

We created a spreadsheet with every possible reward that we could do. Then we started filtering them out by different categories that we defined along the way. We would ask ourselves, in a structured way in the spreadsheet, things like:

Our whole point is to democratize data, so we need to make the rewards an example in itself of something that can traverse borders and reach new audiences.

How did we choose reward tiers?

From our research we saw that round numbers were more relatable to people. Also, having reward tiers that would scale in the Note Bill scale might also be helpful.

We created a google doc and started putting the descriptions and prices. It all wend through an iterative process of simplification, as we had many ideas.

Most of our planning revolved around the video. First step was to create a brief (TODO add link to brief) about the company, our products, what we have done, our mission, the team. Check the final brief we wrote here.

We sent the brief to 7 production companies, we didn’t have a large budget for this so we need more like young and indie guys who would like the project and would put good effort to make it right.

Some young guys came to the first meeting with an idea that made perfect sense, that of making an interview with an expert who nobody would understand. We were able to tweak it together to show some important points in the video:

By far, the biggest challenge was to reduce what simplify the script. We had many different documents with everything we wanted to say, it was too much information.

MORE ON THIS LATER

MORE ON THIS LATER

How to plan and track your kickstarter

We started creating a database of events relevant to your community and your audience. We knew that all our friends and sister organizations from different Latin American countries were gathering at Abrelatam the most important Open Data conference in Latin America.

When we decided by june that we were going to launch a kickstarter campaign, we knew already that our launch date would be around this conference. One issue was that since we couldn’t move our launch date, the actual launch ended up being more offline at the conference than offline, so we are few days behind.